Aug 30th 2016 (article published at The Land by Stephen Burns)

Strong demand for Angus bulls with correct conformation and proven performance was evident at the annual on-property sale for the Onslow Angus stud, Wallendbeen, on account of Doug and Barbara Tozer.

The “eye catching” young sire was described by breeder Doug Tozer, as a “very interesting bull, with growth and muscle.” 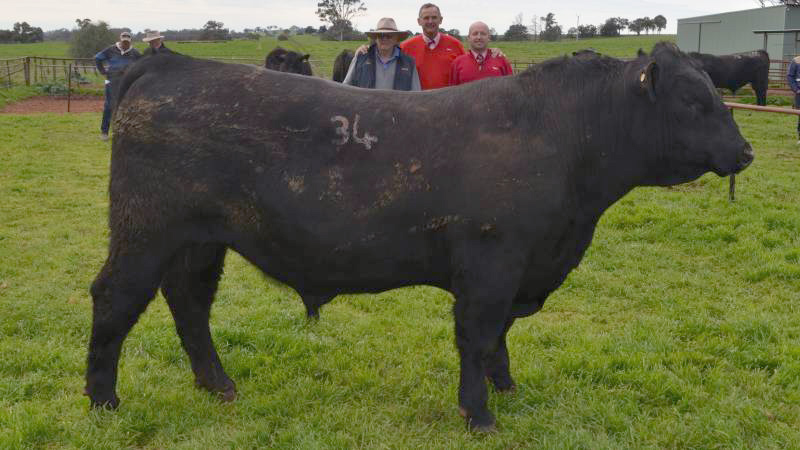 Bannaby Angus, Taralga, paid $12,000 for their pick of the offering and BJ and LK Tozer, “Starwood”, Jerangle, purchased two bulls for average price $11,500.

Among the volume buyers, Rossgole Pastoral Co, Scone, purchased five sires to top of $11,000 and average price of $9,400, and Steve Ridley, Elders, Goulburn paid $10,000 average for the four bulls he selected for his client WKW Holdings Pty Ltd.

Families with long association with Onslow Angus included NV and SM Heggaton, Wallendbeen who paid top of $16,000 for their draft of three which averaged $12,500.

Speaking after the sale, studmaster Doug Tozer expressed his heartfelt appreciation for the support shown he and Barbara through the years while they bred the type of cattle which performed under all conditions and met current market conditions.

“It is very pleasing for me to breed good cattle, but there is even more pleasure knowing they are also appreciated by good cattlemen,” Mr Tozer said.

“I know these cattle will put on weight, produce a carcase which will yield and they will marble.”

The on-property sale was conducted by Elders Studstock, with Andy McGeoch on the rostrum.

Onslow Angus Bulls are available for private sale throughout the year.